These heroes are always either picked or banned. 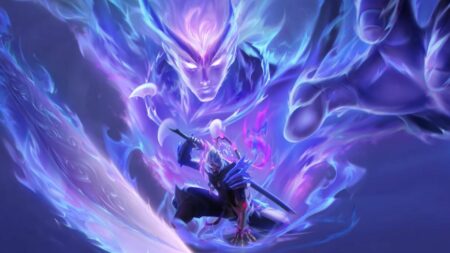 The Mobile Legends: Bang Bang M3 World Championship group stage has concluded, and the 16 participating teams are now facing a much-harder battle in the playoffs.

There were a lot of interesting picks and strategies that were shown in the tournament. Upon crunching the numbers, there are some notable hero stats that give us a glimpse of what the current meta is right now.

Here are three heroes defining the meta at the M3 World Championship.

3 heroes defining the meta at the M3 World Championship

Mathilda remains one of the best hero choices in competitive Mobile Legends.

Last month, Mathilda was one of the most sought-after heroes at the ONE Esports MPLI 2021. This tournament is no different, as teams in the group stage were always scrambling to either pick her or immediately ban her in the drafting phase.

Out of 26 games, Mathilda was locked in 14 times and was banned 12 times in the tournament. That means you always get to see the support hero on your screen during the drafting phase.

However, it’s also worth noting that out of the 14 times she was picked, she only had six wins, or a 42% win rate.

Yve is having the same treatment as Mathilda at the M3 World Championship group stage.

Yve is another hero that has been in the meta for quite some time. Her ultimate, Real World Manipulation, is probably one of the best initiation skills in Mobile Legends: Bang Bang.

With that in mind, many teams don’t want to play against her. Out of 26 games, she was banned 17 times and only set foot in the Land of Dawn nine times. However, much like Mathilda, Yve wasn’t a successful pick most of the time and only had four wins, or 44.4% win rate.

Nobody wants to face Hayabusa.

If there’s one thing that all participating teams at the M3 World Championship will agree on, it’s no one wants to face a Hayabusa in their games.

It will be interesting to see whether these heroes will maintain their 100% percent presence in the playoffs. If you want to see these heroes in action, watch the games live on Mobile Legends: Bang Bang’s official Facebook page and YouTube channel.