ONIC PH decided to switch it up. 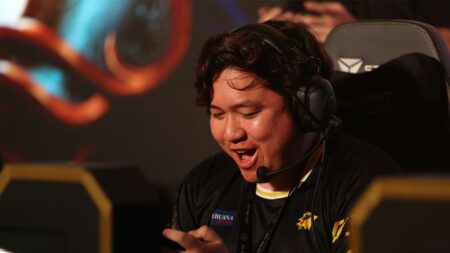 One player from ONIC PH that made a huge difference in all three games is team captain Allen “Baloyskie” Baloy, who suddenly switched from his usual midlaner position at MPL PH Season 8 to a roamer position in this tournament.

ONIC PH had a few changes going into the tournament.

Aside from Baloyskie now in the roamer position, Jaylord “Hatred” Gonzales is now manning the midlane while Marky “Markyyyy” Capacio is now included in the main lineup as a gold laner.

ONIC PH proved that their experiment is a success. Despite losing against Indonesia’s ONIC Esports in their first game, the team won their next two games against MPL Malaysia’s Todak and MPL Brazil’s Keyd Stars to secure an upper bracket slot.

Baloyskie talks about his sudden switch to the midlane position

In a post-match press conference, Baloyskie clarified the team’s decision to put him in the midlane position.

“I’m ONIC PH’s shotcaller that’s why they assigned me in the roamer position. Besides, Hatred can play very well as a midlaner,” he said.

READ MORE: Luiizz after pulling off the biggest upset at M3: ‘We are all in disbelief’