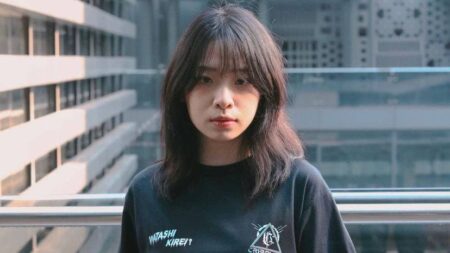 EVOS Lynx Pica is one of the top female pro players in Mobile Legends for years now.

Pica’s journey to becoming a pro player and content creator has been long and arduous, but she is one of the very few who has succeeded in both.

The development of female players in the Indonesian Mobile Legends scene is not as clear-cut compared to male players. While the scene may have high-profile players like Pica, it still lacks the proper talent development for amateur players who are looking to go pro.

Pica is the mainstay of EVOS Lynx, a female pro squad that is not only strong, but also has one of the biggest fanbases.

As a seasoned player, EVOS Lynx Pica is proof that female players can adapt to any kind of meta.

Despite being known as a reliable mid laner from 2018m to 2019, she has successfully shifted into the offlaner role. Her world-class ability to use Yu Zhong, Alice, and Uranus puts her up as one of the best offlaners in the country.

Pica revealed to ONE Esports her secret for her strong presence in the esports scene. “Consistent practice and willing to learn,” said Pica. “Regarding gameplay, learning is the most important thing and you cannot be complacent. Don’t ever be complacent.”

How to become a female pro player by EVOS Lynx Pica

While there are women who have shown promise in their MLBB skills, they might still lack the courage and knowledge to pave their professional careers out. EVOS Lynx Pica revealed some tips and tricks that could help women enter the world of esports.

“The first initial stage is connections,” said Pica. “If you know any friends who are already in esports, it will be easier.”

In terms of gameplay, Pica insisted on playing often and showing that you have a substantial hero pool in your match history.

Seeing as how all-female pro teams have been rising in Indonesia, she also suggests actively looking for open recruitments.

The female Mobile Legends scene has promising and young talent

Though teams like EVOS Lynx have a veteran status in the female pro scene, Pica has noted that newer and younger teams are starting to appear.

Vival, Chel, and Cinny from Belletron Era are a few young prospects that have been the talk of the town because of their extraordinary abilities and championship wins.

With such young talent already taking in the spotlight, Pica believes that there’s always room for aspiring female players in the Mobile Legends scene of Indonesia.