Bigetron Alpha coach Ruben Sutanto: ‘All MLBB heroes can be used… except Zilong’

Even the son of the Great Dragon can’t help Bigetron on this one. 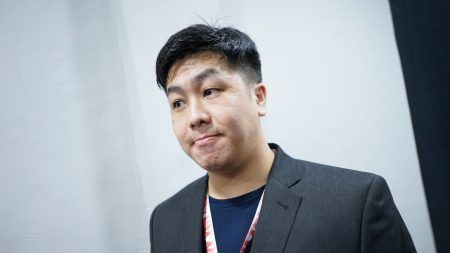 Bigetron Alpha is one of the most popular teams in Mobile Legends: Bang Bang Professional League season 5.

Led by coach Ruben Sutanto, the team is currently at the top of the MPL Indonesian standings with a 6-1 record.

Besides delivering consistent results, Bigetron has a unique play style. A pioneer of the current meta, they were the first team to draft Nana, Diggie and Uranus.

ONE Esports caught up with Ruben, who shared some insights about his team’s training.

“Mastering many heroes in Mobile Legends is very important. Yesterday there was someone who pointed out that we used Eudora to fight against Geek Fam. They don’t know that we have actually been training to continue using this in the meta,” said Ruben.

He added, “Whether it’s an opponent outside or within Indonesia, we will train and continue to use Eudora. She’s really good because she can stun and deal a lot of damage. In my opinion, all MLBB heroes can be used except Zilong, which I still don’t think we’ll be using.”