The OCE player has pretty big shoes to fill. 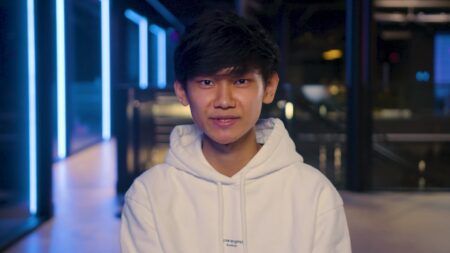 TSM has locked in its 2021 LCS roster with the promotion of Academy ADC player Lawrence “Lost” Hui. Lost will have big shoes to fill as he is replacing superstar ADC Yiliang “Doublelift” Peng after his retirement last month.

Lost’s time in the LCS has been a redemptive journey. The OCE player made his debut in the NA region with Echo Fox, bouncing back and forth between its Academy and LCS team. With Echo Fox going through internal issues that led to the team’s disbandment in 2019, Lost found himself in the free agency for six months, eventually landing on TSM’s Academy roster after a solid showing at the TSM scouting combine.

With just a year under the TSM Academy, Lost became a prominent player in the developmental scene. The ADC grabbed first place for most kills in Summer (84) and third for the Summer Playoffs (30), ending the season in second place to Summer champions Cloud9 Academy.

With his promotion, Lost doesn’t seem too weighed down as the successor of Doublelift. He sees it as an opportunity to grow with a healthy amount of pressure.

“Right now, I’m confident in my ability to learn,” said Lost. “That’s kind of been where my confidence comes from throughout my whole career. I think I really love competition and seeing myself going forward.”

Lost will be paired with recently-signed support player Hu “SwordArt” Shuo-Chieh. While the ADC’s last appearance was a runner-up finish at Academy, SwordArt was last seen going head-to-head against Korean superteam DAMWON Gaming in Worlds 2020 Final. Despite such a contrast, Lost feels that this pairing will be a great way for him to improve.

“He’s done basically so much of what I would really like to do,” stated Lost. “He knows what it’s like to be on such a high-tier stage and perform in front of so many people with so much at stake so I’m really excited to be playing SwordArt and he has a lot to teach me.”

While SwordArt might be a new face for the OCE player, he’s also reuniting with Heo “Huni” Seung-hoon from his Echo Fox days and fellow Academy teammate Mingyi “Spica” Lu.

With a mix of high-profile playmakers and familiar faces, Lost will likely have a smooth transition into the next LCS season and bolster TSM’s efforts to getting into Worlds 2021.