Doublelift reveals what led him to retire

“The whole situation made me realize I’m better off retiring.” 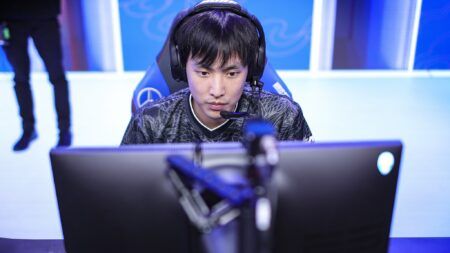 League of Legends superstar Yiliang “Doublelift” Peng has spoken out about how TSM’s negotiations to sign Suning support player, Hu “SwordArt” Shuo-Chieh eventually led to his own retirement.

With TSM going 0-6 at Worlds 2020 and Soren “Bjergsen” Bjerg moving into the head coach role, the team was looking to rebuild into a stronger, Worlds-ready team in the offseason.

Doublelift’s main quest was to grab a top-tier support player that could easily help him out in the bot-lane.

In his recommendations, DL put in SwordArt as his main transfer priority because of his recent World Finals appearance with Suning and his ability to speak English fluently.

Aside from SwordArt, the TSM ADC also recommended Team Flash’s Nguyễn “Palette” Hải Trung, but he did not speak English like SwordArt.

As the offseason progressed, things were looking uncertain for the SwordArt transfer. From almost confirmed to falling through, TSM eventually asked DL if he was okay with his other recommendation of Palette.

“They told me that SwordArt was confirmed and I got really excited,” said DL. “I guess the negotiations were going really bad at a certain point so then they told me it fell through.”

While the Vietnamese player had the skills to aid the ADC, Doublelift believed that bot-lane communication would be too difficult and declined the negotiation.

“When they came to me and asked if I could be committed to Palette, I told them no and they did not like that,” said DL. “The whole situation definitely made me realize I’m better off retiring. In the end, they did get SwordArt, but it was not guaranteed.”

With no guarantee on his requested support, Doublelift officially retired from professional play on November 25 while, just a day later, TSM announced the signing of SwordArt.