Team Liquid co-CEO Steve Arhancet: ‘Our eyes are set on a world championship’ 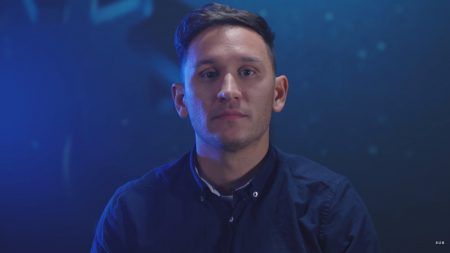 In a Team Liquid press conference hosted by the LCS, co-CEO Steve Arhancet and his coaching staff of Joshua “Jatt” Leesman, Jang “Cain” Nu-ri, and Kang “Dodo” Jun-hyeok spoke about the future of Team Liquid and its current position in the competitive scene.

Being Jatt’s first-ever split as a head coach, he answered some questions pertaining to his coaching experience and how things quickly prospered in such an organization. Despite leading TL to a first-place finish with a 15-3 record, he talked about focusing on the next fight rather than their hopes for more success.

“I’m not really trying to reflect too much because we still have two best-of-fives to win over in NA to get the championship,” said Jatt. “I’m pretty heads down on trying to prepare for this next weekend and go to Worlds.”

While Jatt is still keeping his head in the game, Arhancet shared a few words on what a significant “rebound” the Summer Split has been for Team Liquid. For context, TL placed ninth in the 2020 LCS Spring Split, making it one of their worst seasons in franchise history and a definite drop from their previous four consecutive championship seasons.

“We’ve not only been able to accomplish the best regular season record that we ever had,” said Arhancet. “We have really gelled as a team with Edward “Tactical” Ra filling some pretty big shoes with Yiliang “Doublelift” Peng. We’ve surpassed our expectations for summer so far and in terms of expectations for Worlds, our eyes are set on a world championship and that is possible.”

Aside from having a skilled veteran line-up with an LCS Rookie of the Year in Tactical, Arhancet expounds that the team has 13 members of staff to help train the players and analyze their gameplay to useful data.

With the pressure of the LCS Final and Worlds 2020 on their shoulders, Dodo and Cain told us that they’re doing their best to face every challenge individually.

“I’m focusing a lot harder on the matches against TSM and the finals for this weekend instead of thinking too much about Worlds,” said Cain and Dodo. “I think that has been successful in the past for TL; it’s making sure we are winning those matches and having the momentum to keep winning and improving.”

Team Liquid will face TSM in the Lower Bracket Finals on September 6, 4 AM (GMT+8).