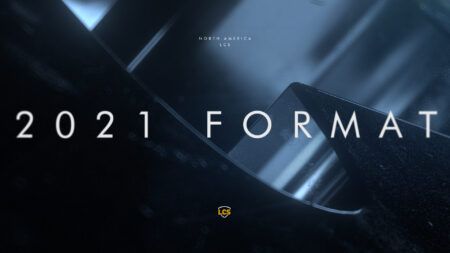 With many fans and analysts questioning the value of the 2020 Spring Split without a Mid-Season Invitational this year, Riot Games has done its part by revamping the LCS format to include more events and game time for all ten teams of the league.

The LCS season will begin with The LCS Lock In, a three-week tournament that will test the newest line-ups from the region. The Lock In will start with a group stage where the top two teams of the previous year (TSM and FlyQuest for 2021) will draft their group opponents. All the teams will then play four days of round robin.

From there, the top four of each group will be seeded into an eight-team, single-elimination bracket to fight for the title of Lock In Champion along with a US$150K cash prize (with additional US$50K towards charity) and side selection for Game 5 of the regular season.

While it might be a drastic change from the usual Spring Split, the Lock In provides lesser-known rosters the ability to showcase their skills in a tournament setting.

After the Lock In, teams will enter into a condensed Spring Split, featuring a double round robin over six weeks. Though it’s shorter than the usual nine-week Split, teams will still play the same amount of games as last year.

Instead of the previous 2-4-4 match set-up on Saturday, Sunday, and Monday, Riot will push LCS games to Friday Night League and will balance the schedule to have five games a day.

Riot has also transformed the Spring Playoffs into the Mid-Season Showdown. Some key differences that the MSS will bring are:

As per usual, the winner of the MSS will take the first LCS title of the year, and qualify as the only LCS representative for MSI.

Heading into the Summer Split, fans can expect the standard format of a triple round robin over nine weeks of play. This will be the last chance for teams to rise through the ranks and put themselves in the running for the second LCS title of the year, the LCS Championship.

The LCS Championship will cap off the 2021 season just like the Summer Playoffs, determining the best team of the LCS and the top three teams that qualify for Worlds.

The LCS will determine the top eight seeded teams by the combined Spring and Summer records of each team. This will ensure that the competitive season rewards those who remain consistent throughout the year.

The bracket will feature some adjustments to keep things fair amongst all the competing teams. The Championship will have an inverted format to delay repeated match-ups, prioritized side selection to teams that drop from the upper bracket, and the possibility of shifting the schedule to prevent teams from playing twice in a week.

With the new 2021 LCS format, we’re bound to see teams thrive in a more dynamic competitive season and become a better example of what the NA region can do as a whole.