ONE Esports writers’ picks and predictions for Worlds 2020 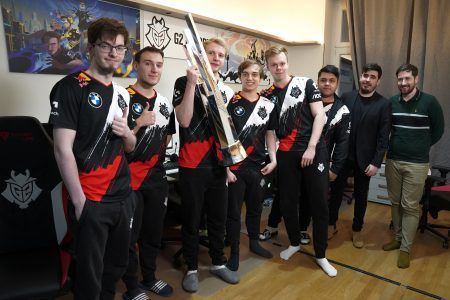 The 2020 League of Legends World Championship has just concluded Play-Ins, and Groups is on the horizon. The race to win the coveted Summoner’s Cup will only get more intense, where 16 teams will be battling it out to qualify for the next round.

As we inch closer to the grand final, LoL esports fans are casting their predictions. Our ONE Esports’ League of Legends writers have also locked in their own predictions on how the grand Finals will go and which team will win Worlds 2020.

Wouldn’t it be nice if G2 gets to 3-0 an LPL team this time around? It would be the perfect revenge from their tragic experience last year when they were swept by 2019 champions FunPlus Phoenix.

The team may have gotten lost in the meta during the Split, but now G2 looks ready to take down all the other teams and score a win for the West for the first time in years. They hakuna matata-d their way to the LEC Summer Split Championship, and we’re pretty confident that they can pull off the same stunt in Worlds 2020. After all, G2 Esports always shows up when it matters the most.

DAMWON Gaming is the LCK’s best chance of winning Worlds 2020. Even though the team might have squandered their chances last year, Heo “ShowMaker” Su and the DWG squad have improved exponentially throughout the 2020 season.

While ShowMaker stepped up as a world-class mid-laner and earned himself the MVP and Young Player award in the Summer Split, the team as a whole has manifested an unstoppable flow of chemistry. In the top-lane, you have Jang “Nuguri” Ha-gwon leading the charge in wombo-combos while down at the bot-lane, you have Cho “BeryL” Geon-hee supporting the team with his unorthodox picks like Wukong and Pantheon.

If that still doesn’t prove it to you, four out the starting five also made it to the first all-LCK Team, showing that these players a force of nature in their own individual efforts.

He elevated the team tremendously, propelling them to become the best in the league by the end of the 2020 LPL Spring split, and an unstoppable force in Summer.

Individually, each member of TOP Esports are outstanding. Zhuo “knight” Ding, also known as the Golden Left Hand, headlined Summer by winning both the regular season MVP and final MVP. In the final, knight’s positioning during high pressure team fights was key to TOP Esports winning the championship in the five-game series.

All we need is the LPL Autumn split grand final between JD Gaming and TOP Esports. Again.