The team will start 2021 with a clean slate. 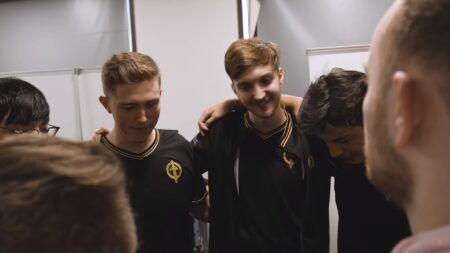 While Damonte, Huhi, and Hauntzer are still exploring their options, FBI and Closer already agreed to join 100 Thieves for the 2021 LCS season. Closer will be the second import player after top-laner Kim “Ssumday” Chan-ho while FBI acts as an NA resident with his OCE background.

There are also rumors about Damonte and Huhi possibly joining their former teammates in 100 Thieves to keep their chemistry intact. 100T still has Tommy “Ryoma” Le and Philippe “Poome” Lavoie-Giguere in the line-up so the org might have to transfer these players to make room for the rest of the former GGS players.

Despite being a mid-table team, Golden Guardians had a solid 2020 run. The team’s biggest highlight of the year was their LCS Summer playoffs sweep against the Doublelift-backed TSM squad. Unfortunately, the same TSM squad would triumph over GGS in the lower bracket, eliminating them with an incredible reverse-sweep.

As of now, Golden Guardians currently has two rookies from the 2020 LCS Scouting Grounds: Aiden “Niles” Tidwell and Jay “Yunbee” Choi. With other big transfers happening in the LCS, GGS might wait around until the end of free agency to fill their 2021 roster with other young talents or unsigned veterans.