Because it’s the only Champion his wife can play. 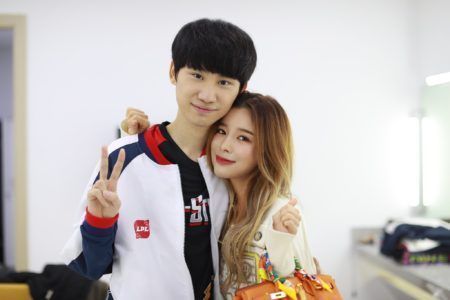 Worlds 2019 champion and the Chinese team FunPlus Phoenix‘s mid-laner Kim “Doinb” Tae-sang just revealed the list of League of Legends champions that will be getting their world championship skins soon.

Surprisingly, Doinb picked the Shard of the Monolith champion Malphite, which has only been played four times in the pro scene in 2019. This was quite the surprise for his fans, as the mid-laner has been known for his epic Kled, Nautilus, and Ryze plays.

The reason Doinb picked Malphite though, is really quite simple: It is the only champion that his wife, Tang Xiaoyo, knows how to play in the Rift.

As for the rest of the FPX members, they had their eyes set of specific champions that are more in-line with what they usually play.

Kim “GimGoon” Han-saem picked his best champion Gangplank, which he used to help the team bag the Worlds trophy last year. MVP jungler Gao “Tian” Tian-Liang went for Lee Sin, while support Liu “Crisp” Qing-Song chose Thresh for his skin. The team’s bot-laner Lin “Lwx” Wei-Xiang was torn between Kai’Sa and Vayne at first, but settled on Vayne. These picks were revealed by Doinb during one of his streams.

The 2019 World Championship skins are expected to drop sometime in spring this year.