DWG KIA’s BeryL: ‘We can beat any LEC team at this year’s MSI’

The World champions are MSI-ready. 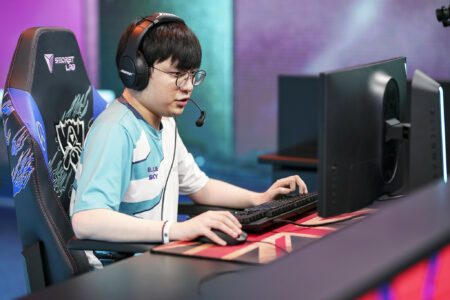 After it was canceled last year, Riot Games is ready to hold the much-awaited Mid-Season Invitational (MSI) 2021 despite the ongoing COVID-19 pandemic. To heat things up, League of Legends World Championship 2020 defending champion Cho “BeryL” Geon-hee of DWG KIA (previously DAMWON Gaming), dropped a message for European teams participating in this year’s MSI.

The 23-year old support claimed that if DWG KIA makes it to MSI 2021, they will absolutely crush any League of Legends European Championship (LEC) teams that have qualified, just like how they eliminated G2 Esports and Rogue at Worlds 2020.

“DK is currently in a good place in the LCK standings right now,” BeryL explained in an interview with guest LEC host, Ashley Kang. “If we do make it to the MSI, I’d say we could beat any LEC team that makes it there.”

BeryL also thinks that G2 Esports is the top team to beat right now in the LEC because of their formidable teamwork and solid side lane rotations. “G2 just brings a lot more variety of strategies on the table compared to their opponent teams,” he said.

BeryL is known as the League of Legends Champions Korea’s (LCK) biggest LEC fan as he actively tunes into their regular-season matches to learn about their meta. Aside from being a fan of the European league, BeryL is also into miHoYo’s Genshin Impact, having spent KRW7.7M (US$6,860) worth of in-game purchases on the night of their Worlds win.

The LoL MSI 2021 will commence on May 6 in Reykjavik, Iceland, and will pit 12 teams on the international stage.