Jungler for sale. Near mint condition. 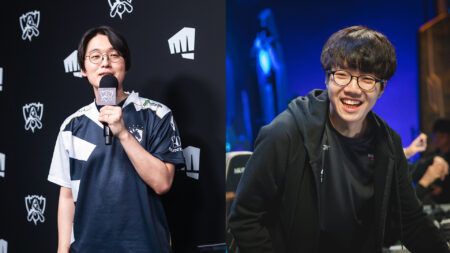 Free agency season has started in the League of Legends esports community as contracts expire and the roster shuffles begin. South Korean pro support player Jo “CoreJJ” Yong-in picked up English as a second language ever since he joined Team Liquid in 2019, and made sure to put it to good use.

He starts off with “on sale”, which usually only applies to objects rather than people. After listing Haru’s contact information, every new line turns up the wit by a notch.

“Best Ezreal player among Jungler” is a reference to Haru’s only game at the 2017 World Championship where he played jungle Ezreal against 1907 Fenerbahçe in the group stage. After Samsung Galaxy won the championship, Haru picked Ezreal for the skin collection.

He even attributed Haru’s mastery of Japanese to being a weeb, for he is a big fan of Love Live!, a Japanese fictional girl group much like K/DA, who produce original music, star in animes, and video games.

Everyone especially enjoyed the last line, “He has no girlfriend so he can play league all day.”

Haru competed with Hanwha Life in the LCK for the past year. The team finished eighth in Spring, and ninth in Summer.