Is the US President secretly a League of Legends fan? 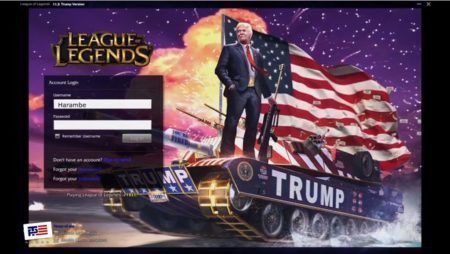 President Donald Trump may secretly be a fan of League of Legends.

Or at least its music.

Earlier this week, President Trump posted a video on twitter containing a collection of news clips with the caption, “PROMISES MADE, PROMISES KEPT!”

However, viewers quickly noticed that the background music for the video was a League of Legends song, specifically “The Throw Down” by composer, Gregg Lehrman.

Many League fans, including esports journalist, Rod “Slasher” Breslau, called for Riot to issue a copyright claim on the video.

That seems to be the case here as, after a little investigating, we found The Throw Down on Universal Production Music’s website, where it’s described as “a driving hip-hop beat, huge distorted guitars, and a sweeping melodic orchestra as it builds to a climax.”

This is probably how someone from President Trump’s team found the track and licensed it for use.

Alternatively, maybe President Trump really is a secret fan of League of Legends and requested the music be used in his video.