Worlds 2021 Play-Ins: Tune in to these 3 must-watch matches

This year’s opening match will be epic. 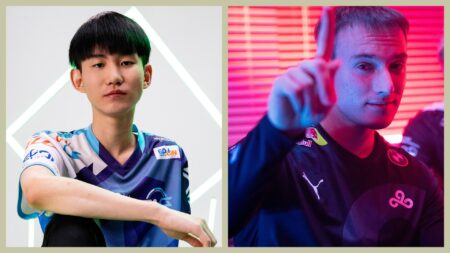 The League of Legends World Championship (Worlds 2021) is only a few days away.

The competition will start off with the Worlds 2021 Play-In stage, where four of the 10 teams will advance to the Group Stage.

Looking at the five days of Play-In time, here are the top three League of Legends esports matches you shouldn’t miss.

What happens when old teammates reunite under different banners? The answer will be revealed in Worlds 2021’s opening match, featuring Hanwha Life Esports and LNG Esports.

Aside from the classic LCK vs LPL rivalry, fans will also be seeing a mini reunion between former Griffin players Jeong “Chovy” Ji-hoon and Lee “Tarzan” Seung-yong.

Another interesting League of Legends Worlds 2021 Play-In match-up involves a rematch between Japan and North America.

The two players will soon be meeting again on the biggest League of Legends stage. Who will dominate the mid lane this time around?

Catch the match between Detonation FocusMe and Cloud9 on October 6 at 1:00 .a.m. GMT+8.

Fresh out of retirement, European top laner Kiss “Vizicsacsi” Tamás will be playing for PEACE on the Worlds stage. This will be Vizicsacsi’s return to professional play after two years since leaving Splyce in 2019.

PEACE will be facing Brazil’s terror team, RED Canids, on the third day of the competition. RED Canids dominated the CBLOL 2021 Split 2 Playoffs after a 3 -1 win against Rensga eSports.

Which of these teams will fully embody the underdog spirit? Watch PEACE take on RED Canids on October 7 at 8:00 p.m. GMT+8.