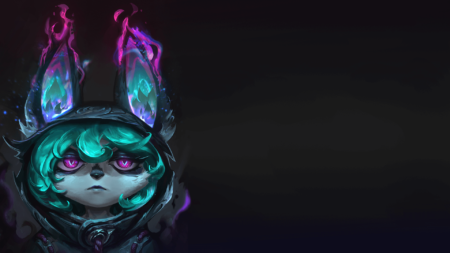 A yordle mage who is perpetually downtrodden, Vex The Gloomiest uses her shadow to control the battlefield. Crowd control wise, her kit includes a slow, a fear, and the ability to interrupt dashes of enemy champions.

Most importantly, League of Legends players should note that her ultimate, Shadow Surge, resets upon getting a kill or assist, much like Darius and Pyke, as she joins the list of reset champions in the game.

Her passive, Doom ‘n Gloom, introduces a new mechanic to League of Legends. It is the first time where enemies with dashes and blinks actually reward the player, as Vex deals bonus damage to them.

Furthermore, Doom allows her to periodically interrupt enemy champions with dashes, and fear them. Finally, pests can be dealt with.

Champions with dashes and blinks have increased tremendously over the years, a trend that League of Legends players are well aware of. Zed, Yasuo, Yone, and Qiyana for example, all require high mechanical skill and are go-to champions to climb rank in solo queue. Now, Vex players are here to punish them.

The second key feature of her ability kit is her Shadow Surge ultimate, which greatly boosts her champion mobility. Recasting it pulls her towards a marked target, and resets upon getting a kill or assist.

“Vex’s ult is really its own thing in her kit. It’s basically a dash that resets on kill—it’s a very high mobility, high octane, exciting moment which is actually super awkward for Vex,” Riot Axes wrote in Champion Insights.

Instead of introducing another admirable, glorious League of Legends champion in heroic fashion, Riot Games specifically wanted Vex to be one that’s simply relatable, “someone you might see yourself in”.

In fact, principal narrative writer John “JohnODyin” O’Bryan based her off the stereotypical “90s slacker” who lacks motivation.

“I really wanted Vex to resonate with anyone with a history of depression… we leaned more into the teenage feeling of apathy and angst more than outright depression,” wrote JohnODyin.

Dawnbringer Vex will be her debut skin

Riot Games pulled a not-so-fun one on Vex. In her debut Dawnbringer skin, she looks exactly like a cat who’s unhappy with its owner who just made her put on an outfit she absolutely hates.

It goes hand in hand with Nightbringer designs, a skin line that showcases the duality of night and dawn, dark and light. Instead of giving her a Nightbringer skin, she’ll be siding with the Dawnbringers instead, with fluorescent hues, dyed white hair, and punk pink highlights.

I mean, it was about time she updated her 90s teenagerly wardrobe anyway.

Vex, along with her debut Dawnbringer skin, will be released in League of Legends patch 11.19.