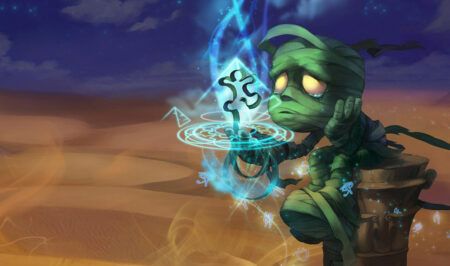 One small nerf to an item, one large change to tanks.

League of Legends patch 11.2 may not have directly nerfed the tank champion pool, but it certainly did affect them across the board.

Sunfire Aegis was introduced in preseason 2021 to replace a very underutilized Sunfire Cape. Besides granting Immolate, which stacks tick damage, the reason why it made tanks incredibly strong in the preseason was due to its Mythic passive — empowers other Legendary items with five ability haste.

The extra ability haste meant that tanks were casting their spells faster than some mages. Despite not building damage, they were tanky enough to withstand blows whilst having multiple spell casts on top of Immolate. Instead of you killing them, tanks killed you.

However, that’s not going to happen anymore.

Riot didn’t just nerf Sunfire Aegis, they’ve gutted it by completely replacing its Mythic passive. Instead of ability haste, it now grants tenacity and slow resist which isn’t as valuable.

Even though it doesn’t grant as much magic resist as before, it’s now 400 gold cheaper, grants flat 20 ability haste, and, hey, hey, hey, gives you 5 ability haste per Legendary item.

Built primarily on Rammus to initiate with supercharged speed, other tanks could likewise benefit from the added boost on top of that sweet ability haste. So if you’re playing a tank on patch 11.2, instead of brainlessly buying Sunfire Aegis, it’s time to start purchasing Turbo Chemtank.

READ MORE: Do not miss out on this broken Soraka Moonstaff build