Some known top-lane champions will be heading to the jungle with better sustainability. 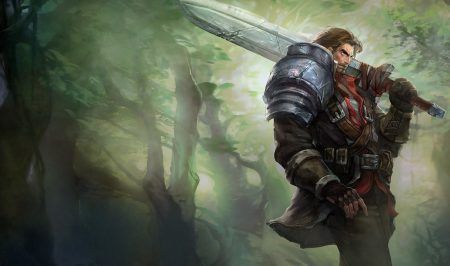 Based on Riot’s data from the previous season, Scruffy has found that the jungling position is the least preferred position for lower-ranked players, regardless of the jungler’s usefulness to the other four positions. Although Riot is planning to do some long-term changes to the jungle to increase its appeal, Scruffy noted that some champions are getting buffed to last longer in the jungle.

Although there’s a likely chance that not all of these champs will become completely jungle-viable, Scruffy and his team want to make sure that their kits and stats still work in the lane. This would prevent unorthodox attack-speed builds on Darius and Garen to survive consecutive jungle camps. We’ll probably also see quick fixes in health regen and basic jungle items like Hunter’s Machete and Talisman.

Aside from the widening of the jungle pool, Scruffy noted significant nerfs on solo-lane Soraka. Her Q is meant to be a timed skill against ranged opponents, but in 1v1 melee scenarios, it’s proven to be OP for being low-risk and too difficult to dodge.

Aphelios is also getting a few nerfs and visual cues to provide some clarity to those who go up against him. These include:

Scruffy also noted a few changes to some items, specifically Sunfire Cape and Stopwatch. The underpowered Sunfire Cape is getting a significant buff in its immolate burn (1.5% of the wearer’s bonus HP for 4 seconds after applying an immobilizing move) to make tanks stronger during the farming phase. As for the stopwatch, Scruffy is planning to reduce its presence in-game due to its overuse and its ability to negate burst damage.