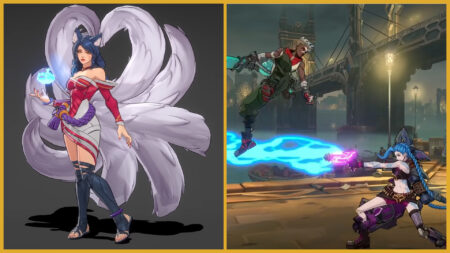 Riot Games is about to make its mark on the fighting game community (FGC) with Project L, a League of Legends fighting game.

Here’s everything we know so far about Project L, including characters, controls and commands, and details on rollback netcode.

What is Project L?

Project L is an upcoming assist-based fighting game made by League of Legends developer Riot Games.

The game will feature various LoL characters/champions and Runeterra locations such as Piltover & Zaun.

Brothers Tom and Tony Cannon are leading the development of the game as executive producer and technical lead respectively. The two are also co-founders of the prestigious FGC event, Evolution Championship Series, and the GGPO rollback netcode program.

The release date of Project L has yet to be announced.

Riot Games’ last official update was on November 21, which discussed gameplay mechanics and new characters as part of the RiotX Arcane event.

So far, the developer has teased five LoL champions as fighters in its development videos: 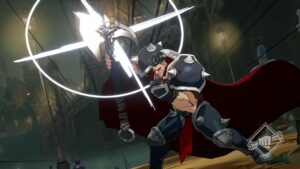 The game features a 2.5D setup with players picking a main fighter and an assist character that helps attack and extend combos.

The latest video featured the combos of Darius and showcased what kinds of inputs fighting game fans should expect.

As of now, the game revealed two command types, A and S, that have three variations (A1, A2, and A3).

Champions will also have special moves that can be used as flashy combo enders.

Rollback netcode and online play of the LoL fighting game

The developer has confirmed that the LoL fighting game will use rollback netcode for online multiplayer.

During lag spikes, Riot Games has stated that only the lagging player will be affected throughout the match. If a player leaves a match, the netcode can determine who should win and who should be penalized.

Project L will utilize Riot Direct to route players during online play and minimize latency. This internal network is already being used for League of Legends and Valorant.