Another perfect week for Zven and the boys. 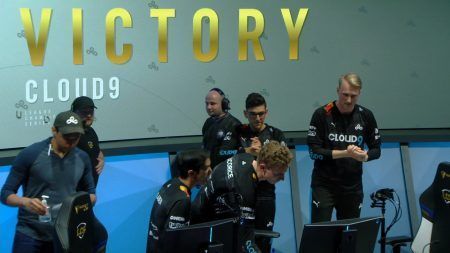 The League of Legends Championship Series ends Week 6 with Cloud9 still flying high and with a playoff slot secured.

Match of the Week: Cloud9 vs FlyQuest

As Cloud9’s most worthy opponents, FlyQuest did their best to keep Jesper “Zven” Svenningsen and his poke-heavy teammates at bay. But while they were able to secure a few kills and even managed to nab some dragons, FlyQuest stood no chance against Cloud9’s overwhelming push.

With barely any towers down on their side, Cloud9 pushed through the mid and bot lanes to destroy FLY’s inhibitors.

During their final siege, Cloud9 even got an ace in the base as they took down Tristan “PowerOfEvil” Schrage in a five-man fountain dive.

The win improved Cloud9’s record to 12-0 and guarantees them a spot in the LCS Spring Playoffs later this month.

Cloud0’s Nisqy perfectly fits into the team’s poke-heavy team composition. Other than being a solid mid-laner, Nisqy excels in containing team fights from miles away. With Zoe’s extended range, he’s repeatedly used skill shots to take down enemies and slow them down for his teammates to deal the final blow.

In this highlight, Nisqy initiates the chase with Sleepy Trouble Bubble on Lee “IgNar” Dong-geun, giving Zven a free kill.

As FLY disperse into the lower half of the map, Nisqy catches Jason “WildTurtle” Tran with an amazing long-range Paddle Star.

With nowhere to go, Omran “V1per” Shoura tried to re-engage, only to be on the receiving end of another Bubble spell from Nisqy.

Cloud9 stays undefeated with a 12-0 standing while FlyQuest flies behind with an 8-4 record.

Counter Logic Gaming remain at the bottom of the leaderboard with a 2-10 standing.