Gen.G and T1 look head and shoulders above the competition in LCK Spring Week 4. 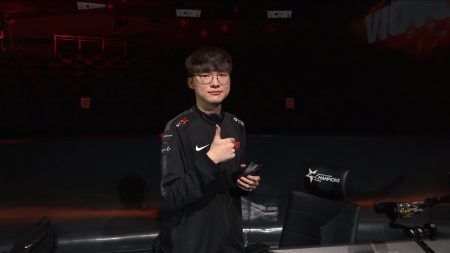 The first month of League of Legends Champions Korea Spring Split has wrapped up and superteams Gen.G and T1 have solidified themselves as the two teams to beat.

Match of the Week: Gen.G vs Afreeca Freecs

The best match of the week saw Gen.G reverse-sweep Afreeca Freecs. After a difficult game one, in which Gen.G went down to an outnumbered Nexus rush by a baron-buffed Afreeca Freecs, they bounced back for the next two games, which included a perfect game three.

In game two, Gen.G got off to a quick start, and by the mid-game held a 12-kill and 11K gold advantage, with Afreeca Freecs stuck inside their base, protecting their towerless Nexus.

As Gen.G took out half of the enemy team, Kim “Clid” Tae-min, Kim “Life” Jeong-min, and Park “Ruler” Jae-hyuk rushed the Nexus to tie up the scoreboard.

With the momentum firmly on their side, Gen.G steamrolled Afreeca Freecs in game three, cleareing Afreeca’s side of the map, taking the Baron and all the dragons, and finishing the game with a full base and no deaths.

Doran looked absolutely dominant in the top lane in DragonX’s match against APK Prince this week.

With his usual main of Aatrox, Doran excelled in map dominance and traversing through the jungle, seemingly coming away with a kill any time he set his sights on a target.

In this highlight play, Doran’s Aatrox chases half of APK in their bottom jungle. With a quick slice through Park “Secret” Ki-sun, he then flanks the other retreating members, taking out Jeon “ikssu” Ik-soo and, with a little help from Ryu “Keria” Min-seok, Kim “Trigger” Eui-joo in quick succession for the triple-kill.

Gen.G and T1 are tied for first place with a 7-1 standing while DragonX takes third place at 6-2.

Afreeca Freecs come in at fourth place with a 5-3 record while Damwon is holding on in fifth with a 4-4 standing.

APK Prince ends the leaderboard with a disappointing 1-7 standing.