Jankos explains why esports pro players do not have girlfriends

Also, vodka helps heal the pain of the heart. 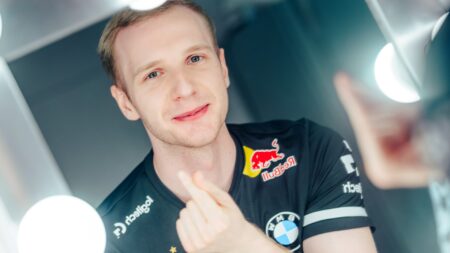 Ever wondered why most professional League of Legends players don’t have girlfriends? G2 Esports jungler Marcin “Jankos” Jankowski may have the answer.

The 26-year-old Polish player has been on the single club for seven years and counting, with his last relationship dating back to 2015. During this time, he’s been focused on his esports career, and was eventually signed by one of the biggest organizations in Europe, G2 Esports in 2017.

With his 27th birthday coming up in July, the old man of the team contemplated his personal life and revealed his thoughts on relationships, getting a girlfriend, and how to deal with breakups.

Jankos plans to find a girlfriend after winning Worlds

The G2 jungler strongly believes that not everyone can have everything in life, which is why he had to sacrifice a lot of things for the sake of his dream as a pro player.

“Maybe, because I had a nice career, what I don’t have is the relationship part and the close person part,” he said in the latest episode of the esports documentary series Unfold.

He recalled his previous dating experience and admitted that he misses being able to hug someone while in a relationship.

Despite being single for a very long time now, he admitted that he “is not trying at all” when it comes to getting a girlfriend. The LEC player has his eyes set on winning the World Championship (Worlds), and only then will he start working on his love life.

“If I were to win a World Championship, I think I would call it a day, retire, have more time for family, more time for friends. Maybe find a girlfriend,” he laughed.

Jankos’ recent romantic interest is the Twitch streamer and Korean cosplayer Plumy. The two first met online last year, reacting to each other’s streams and clips. The pair continued to grow closer online, eventually meeting in person and going on a real date in a matter of months, just before MSI 2022 in Busan, South Korea.

During the semifinals, he asked Plumy to cosplay one of his signature champions, Nidalee. Unfortunately, the Nidalee cosplay buff didn’t work and G2 lost to T1 0-3.

Their MSI loss may have been devastating, but nothing can be more painful than dealing with a breakup. Drawing from his personal experience, the player offered some relationship advice to a fan during one of his livestreams.

“If beer is not working, you can always try stronger alcohol, like vodka,” he suggested. “But to be honest, from my experience, when you have a breakup, time helps.”

Will the Polish player finally get a girlfriend soon? The answer depends on G2 Esports’ performance in LEC Summer and Worlds 2022, set to commence later this year in North America.