Doublelift returns to TSM as a full-time streamer 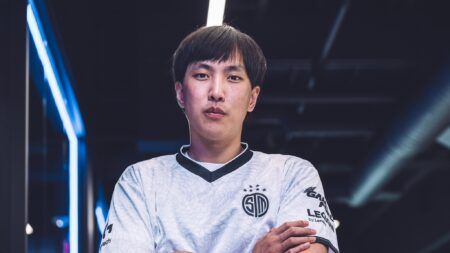 League of Legends icon Yiliang “Doublelift” Peng has signed with TSM as a LoL and variety streamer. With it being his third time signing with the org, TSM made a video parodying Doublelift’s previous announcements when entering the roster.

Doublelift was last seen in a TSM jersey back in Worlds 2020. Despite coming off a championship win at the 2020 LCS Summer Playoffs, the team failed to make a difference at the international tournament and were eliminated after their 0-6 group stage run.

With fellow teammate and friend Søren “Bjergsen” Bjerg retiring to become the team’s new head coach, Doublelift pondered the possibility of retiring in general. A month later, he officially announced his departure from professional play when he wasn’t guaranteed a partner in the bot lane for LCS 2021.

Instead of the usual pro player speech, the video highlighted Doublelift’s new role at TSM, showcasing highlights of him commentating on LCS games and also showing off his own skills on the Rift with two pentakills. Aside from League, the full-time streamer has also dabbled in other games like Genshin Impact to entertain his fanbase.

With over 1.5 million followers to date and 25,000 concurrent viewers in his recent streams, we’ll likely see Doublelift grow as a gaming icon in the world of League and beyond.

You can catch his official stream here.