Things are getting spicy! 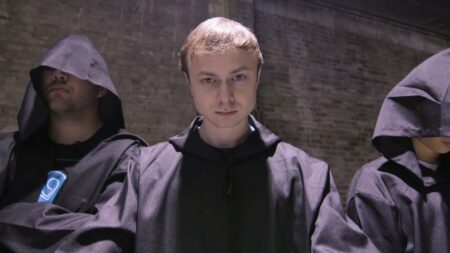 Cloud9 is flying high after a dominant 3-1 win over Evil Geniuses in round two of the upper bracket at the League of Legends Championship Series (LCS) Summer playoffs.

After sending the reigning champions down to the lower bracket, Nicolaj “Jensen” Jensen didn’t shy away from stoking the flames with their next opponent, 100 Thieves.

C9 Jensen talks about their upcoming match with 100 Thieves 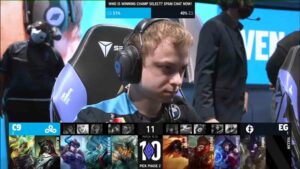 Jensen picked up a few highlights throughout the series. At the 20-minute mark of game four, the Zilean player assisted his team in a clutch re-engage.

With the rest of EG now low on health, the Zeri player zoomed through the river to secure a quadrakill.

The C9 mid laner believes that 100 Thieves won’t be a problem. Even after the victory, Jensen still considers Evil Geniuses the best team in the LCS and the toughest opponent they’ve had to face.

Cloud9’s victory over Evil Geniuses now locks them in for Worlds 2022. Jensen was relieved that they’ve qualified and said that he can now focus on the rest of the playoffs. The C9 mid laner has never missed Worlds since joining the LCS.

Taking a break from pro play in Spring, Jensen saw the Summer season as an opportunity to return back to form and find his place on Cloud9. Despite encountering a few bumps throughout the split, Jensen said that they’ve figured out how to play as a team in the playoffs.

“This meta is a lot about the AD carry. I think we have the best AD carry so that definitely helps. It feels like we can finally see how we want to play in the early, mid, and late game,” he said.