Is it time for a two-peat? 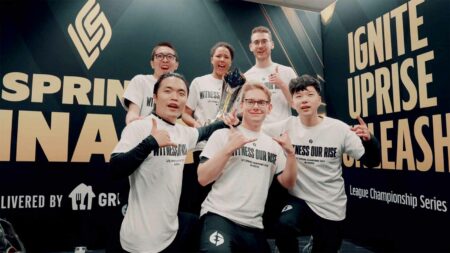 The competition is heating up in North America with eight teams now locked in for the League of Legends Championship Series (LCS) 2022 Summer playoffs.

All eyes are on reigning Spring Champions Evil Geniuses to defend the throne. The team ended the Summer split on a high note, securing first place with a 15-3 record. Despite conquering the season grind, the EG squad will have to watch out for 100 Thieves, who were one victory away from a first-place tiebreaker.

Here’s everything you need to know about the LCS Summer 2022 playoffs, including its schedule, format, teams, and where you can watch the matches live.

What is the LCS Summer 2022 playoffs?

The LCS Summer 2022 playoffs is the culmination of the LCS Summer split, where teams will fight for the second LCS title of the year and Worlds 2022 qualification.

Format of the LCS Summer 2022 playoffs

Out of 10 franchised esports organizations competing in the LCS Summer 2022 split, only eight teams qualify for the playoffs. Their placement determines which round they are seeded into.

The LCS playoffs will follow a double-elimination bracket with best-of-five matches.

In round 1 of the upper bracket, the third seed plays the sixth seed, while the fourth seed plays the fifth seed. After round 1, the first seed (Evil Geniuses) selects their round 2 opponent from the two round 1 winners.

The champion and runner-up qualify for the Worlds 2022 Group Stage, while the third team secures a spot in the Play-In Stage.

The LCS Summer playoffs will take place from August 21 to September 12.

Evil Geniuses qualifies for the Worlds 2022 Play-In Stage as the LCS’ third seed.

Cloud9 and 100 Thieves qualify for the Worlds 2022 Group Stage as the LCS’ first and second seeds respectively. Where to watch the 2022 LCS Summer playoffs?

Fans can catch the LCS Summer 2022 playoffs on the official LCS Twitch channel.

READ MORE: All teams qualified for the LCS Summer 2022 playoffs