“Fired up and ready to serve.” 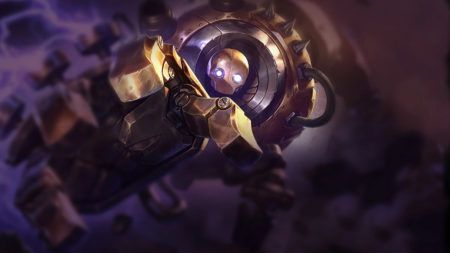 League of Legends patch 11.15 buffed ten champions, out of which two are supports — Rell and Blitzcrank.

Unseen in the current meta, Riot Games wrote that it wants to see Blitzcrank played more often for his high early and mid game impact. To do so, the developers are rewarding players for landing hooks, and beefing up his defenses slightly.

Buffing Blitzcrank is always going to be a big hit for solo queue, so if you want to climb rank, now’s the time.

Buffs to Blitzcrank on League of Legends patch 11.15

Naturally, the additional three armor will give him more survivability in lane against marksmen, and it’s a nice buff.

The real meat however, is in Rocket Grab. Its base damage has been increased by 20 at every level, while its AP scaling has been buffed by 20%! That’s massive, and could open up the route for Everfrost as his choice of Mythic item.

Can you imagine a grab, silence, knock up, and root combo?

In the current meta where Nautilus, Rakan, Thresh, and enchanters like Lulu are being drafted, Blitzcrank’s ultimate Static Field, which completely destroys shields, will be especially impactful, so expect to see him picked in pro play as well.