What have I done? 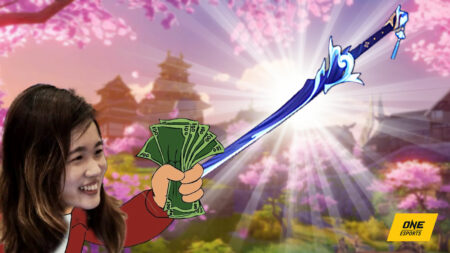 Remember when I blew all my red packet money during Lunar New Year to pull for Zhongli? And miraculously also received Diluc in the process?

I can’t believe that was just two months prior. In fact, I’m quite concerned now that I realized it’s only been two months.

Anyway, I was saving up Primogems for Kamisato Ayato‘s first run. He did not interest me at first, but the moment leaks showed him pulling out a bubble tea from his sleeve, I was a goner.

“If HoYoverse adds that in-game and makes it canon, I’m definitely rolling for him,” I said to all my friends.

And so the accumulation of Primogems began. I explored Liyue, I worked through the Archon quests, I finally unlocked Inazuma, I did my dailies without missing a day, bought Blessing of the Welkin Moon, put in effort to complete the battle pass, and unlocked Gnostic Hymn for even more Primos.

With about 16,000 gems in the bank, I thought I had enough for the head of the Kamisato clan.

I also thought I had enough will power and discipline to avoid rolling for his signature sword, the Haran Geppaku Futsu.

I was so wrong.

While rolling for Kamisato Ayato, I lost the 50-50

The day I decided to roll for Kamisato Ayato was a Wednesday. I chose Wednesday because in Japanese, the kanji means “water”. It was also rainy that day, which was a good sign.

Before I headed home from the office, I went out of my way to buy the best bubble tea in Singapore from Chi Cha San Chien.

Even though I felt like having oolong tea that day, I deliberately bought the original pearl milk tea because that’s what Ayato likes.

Together with my group of three friends in Discord, I sipped on bubble tea, and started the pulling party. I played Thoma—Kamisato Ayato’s house keeper, best friend, pet, and companion—positioned him in the Kamisato Estate, dipping him into the pond so that he gets wet for extra good luck.

After about 60 rolls, we knew that we were closing in on the golden streak. Finally, it descended, but it was not the Hydro user we were looking for.

Mona came into my life, uninvited, just like Raiden Shogun.

With insufficient gems, we called it a night, which gave me time to ponder on my next steps.

The following day, I checked my account and realized I still had some Genesis Crystals left from that time I purchased a pack for Zhongli. Converting about 2,000 crystals into Primogems, I rolled again as my friends watched, but to no avail.

To receive my new guaranteed husbando, I had to keep going, of course, so I decided to top-up Genesis Crystals.

In total, it only took about 50 rolls after Mona for Kamisato Ayato to finally come home, which should have made me very happy… right?

Guess who thought it was a good idea to roll for the Haran Geppaku Futsu?

As it turns out, I still wasn’t satisfied.

My initial plan was to finish the battle pass, purchase Gnostic Hymn, and unlock The Black Sword for Ayato. That’s what I did for Diluc, who really needed a Serpent Spine as my main DPS.

The problem is that The Black Sword is black. And red, with tinges of gold.

It does not match Kamisato Ayato’s aesthetic. At all. I was really bothered by this, for I could not picture this refined man carrying The Black Sword. He deserves better than that.

Don’t get me wrong, I had checked the stats, and I knew very well that the Haran Geppaku Futsu wasn’t going to be dealing that much more damage than The Black Sword. The benefit was marginal, and I wouldn’t even be refining it.

On the second last day of the Epitome Invocation banner, however, I went against logic and bought the biggest pack of Genesis Crystals available.

Sitting in the same room in the same Discord server with my same three friends, we started the rolling viewing party again. Around 70 pulls later, the golden streak showed — but it was an Amos’ Bow.

One Fate Point up, I was in a pickle, and decided to sleep on it.

The next day, on the very last day of the banner, I still felt very unsatisfied. I realized there was just no turning back. Changing things up, I decided to invite just one friend to roll with me, the same friend who was there when Diluc and Zhongli showed, for he seems to bring good luck.

Splurging another US$110 on the biggest pack, it was all of nothing.

Not long after, just 30 rolls in, we saw a golden light flash across the sky. “Is this it?” I exclaimed.

To our horror, it turned out to be Elegy for the End, a sad bow for a sad girl.

This also meant that I now had two Fate Points, and was guaranteed the Haran Geppaku Futsu in the next five-star pull. Another 50 rolls in however, I started to run out of Primogems, and had to purchase them again.

Losing track of how many times I clicked “Wish x10”, the exquisite Haran Geppaku Futsu was finally added to my inventory at less than average pity, all just so I can see Ayato hold it gracefully in his hand.

And so, this is the story of how I fell deeper into the Genshin Impact hole, with no end in sight.

During this period, I gave up bubble tea so that I can spend more on Genshin Impact, and lost one kilogram in the process. But it doesn’t stop there. There’s always more new hot men joining the lineup, with wonderful voice actors to boot.

And so, back into cycle I go.