The revived interest for WoW Classic is still going strong. 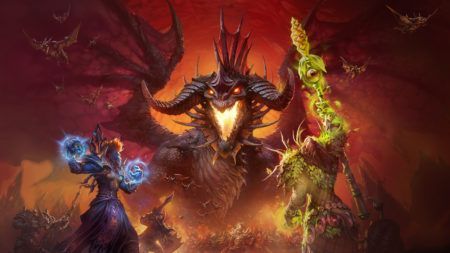 During BlizzCon 2019’s opening ceremony, World of Warcraft director Ion Hazzikostas took the stage to address the game’s 15th anniversary, as well as new updates for both Battle for Azeroth and WoW Classic.

For WoW Classic, it was revealed that Phase Two will include the much-awaited PvP honor system, as well as two new world bosses. Fans will not have to wait long as Phase Two is all set to roll out on November 12.

The PvP honor system will allow players to earn PvP ranks, unlock faction-themed titles, and new gear rewards. The played a large part in WoW Vanilla, gaining popularity despite being one of the most time-consuming aspects of the game.

This is great news for WoW Classic players who have finished most of the initial endgame content. It’s also a welcome development for those who’ve been waiting to battle other players and climb up the PvP rankings. Some players have even organized raids aimed at the enemy faction safe zones just for fun.

Through the Phase Two update, WoW Classic players will also be able to battle two new World Bosses, Azuregos in Azshara and Lord Kazzak in the Blasted Lands.

READ ALSO: World of Warcraft: Shadowlands takes players into the realm of the dead