It starts with Orcs and Humans first, then the Undead and Night Elves. 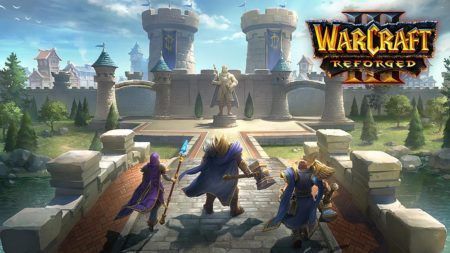 In the build-up towards this year’s BlizzCon, Blizzard revealed that the multiplayer beta for Warcraft 3: Reforged will be opening this week.

Going by the fine print, gamers can expect it to be availabe from November 4 globally, with some regions getting it slightly earlier than others.

In fact, Blizzard had confirmed in one of its latest blog posts that the first wave of invitations have been sent out. This is specifically for those who pre-purchased the Warcraft 3: Reforged Spoils of War edition. Other players can expect to receive their invites within the coming weeks.

The multiplayer beta will start off with humans and orcs first and feature 1-vs-1 or 2-vs-2 matchmaking. The Undead and Night Elf factions, along with other game modes for multiplayer, will be made available in the coming weeks.

Keep track of all the latest details about Warcraft 3: Reforged and the expanding multiplayer beta here.