A new cinematic launch trailer teases the appearance of some very famous wizards. 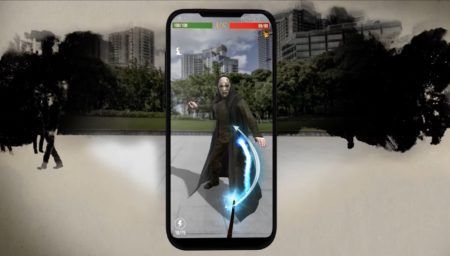 Harry Potter: Wizards Unite, the new augmented reality mobile game from Pokémon Go developers, Niantic, will launch worldwide on June 21, starting with the US and the UK.

To hype up the game, Niantic and Warner Bros. have released a cinematic launch trailer that not only looks fantastic but also teases the appearance of some very famous characters.

While the trailer doesn’t feature much actual gameplay footage, it does tell us a bit more about the setting of the game. Niantic has already confirmed that the game will be set in the present day, and will see the Wizarding World face a calamity that threatens to expose them to muggles.

The trailer gives us a better idea of what that calamity could be, with various magical creatures, artifacts, and even historical figures from the Wizarding World appearing around the world. Players, like the protagonist in the trailer and her two friends, will be tasked with containing them.

In the trailer we see a golden snitch, a niffler, a portkey in the form of an old boot that looks very similar to the one used in Goblet of Fire, a pair of Death Eaters (despite their supposed defeat more than 20 years ago), dementors, a wand disguised as a pink umbrella that surely belongs to Hagrid, and none other than the boy who lived himself. But in 2019, shouldn’t he be nearly 40-years-old?

What could be going on? We’ll have to wait until the game releases tomorrow to find out.