Stranger Things 3: The Game is out on Android and iOS

It’s time to take on the Mindflayer. 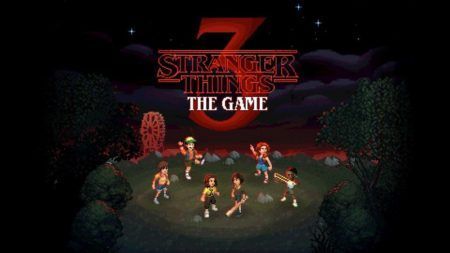 Stranger Things fans can now journey into Hawkins and battle the evils of Upside Down once again, this time on their phones.

Announced earlier this year, the game launched on Nintendo Switch, PS4 and Xbox One on July 4, alongside the third season of the show on Netflix. The mobile version has finally launched and can be bought from the Apple App Store and the Google Play Store for US$4.99.

The game maintains the same retro art style seen on the first Stranger Things: The Game that was launched in 2017, with the graphics of the game getting an upgrade.

Apart from better-looking graphics, elements like events from the latest season of the show have been added to the game. There are, however, quests and character interactions that are not a part of the show in the game as well.

Players can team up in two-player local co-ops to explore the world of Hawkins and solve puzzles. You can play as one of the 12 characters from the show while forming a team with the others as and when they are unlocked.

You can also change characters anytime, as long as they have been unlocked. Some characters have skills better suited than others to clear a level. For example, Hopper uses his fists in a fight, Lucas uses the slingshot, with the latter better at hitting enemies from afar.

Stranger Things 3: The Game is compatible with all iPhones, iPads and the iPod Touch and runs on iOS11 or higher. Android users need to be on Android 4.4 KitKat or higher for this game to work on tablets or smartphones.

READ MORE: Telltale Games is back (sort of)