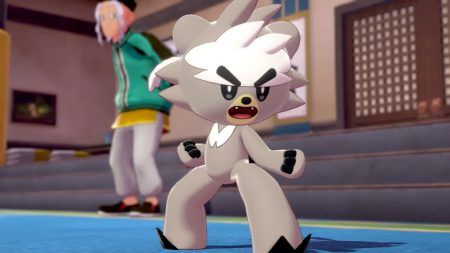 Nintendo and The Pokémon Company recently announced that Pokémon Sword and Shield’s new expansion pass will be dropping its first DLC, the Isle of Armor, on June 17.

The Isle of Armor is a brand new location within the Galar Region, filled with wave-swept beaches, lush forests, and giant sand dunes. With the new scenery, you’ll be seeing brand new pokémon in the wilderness and new items and clothing you can buy in the island’s markets.

The story portion of the DLC will have your trainer and his Pokémon training their hardest in the island’s pokémon dojo. In the dojo, your new master, Mustard, will let you train with new modes such as restricted sparring, a type of battle in which pokémon are restricted to a certain type or set of battle conditions.

As for new additions to its roster, Isle of Armor will introduce the legendary martial-arts pokémon, Kubfu, and its evolution, Urshifu. On top of that, your starter pokémon, Rillaboom, Cinderace, and Inteleon, will gain the ability to Gigantamax, giving them even stronger G-Max Moves.

For those looking for a throwback to the first generation pokémon, Venusaur and Blastoise will also have to ability to get Gigantamax forms in isle of Armor. Articuno, Zapdos, and Moltres, will also return with their own Galarian forms, but the legendary bird trio will only be available in the second DLC, the Crown Tundra, scheduled to release later this year.

Pokémon Sword and Shield’s Isle of Armor will be available on June 17.