The Native American warrior will be joining the roster in mid-August. 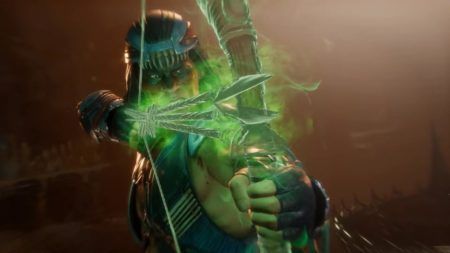 NetherRealm Studios has released a gameplay trailer for Mortal Kombat’s next DLC character, Nightwolf, who will be joining the roster on August 13.

The latest incarnation of Nightwolf looks pretty faithful to his debut appearance in Mortal Kombat 3, retaining his signature green tomahawk, and classic moves like his shoulder charge, lightning strike, and spirit arrow.

The gameplay trailer also shows Nightwolf summoning a menagerie of spirit animals to fight for him, including a wolf, bear, and eagle.

Players who own Mortal Kombat’s US$40 Kombat Pack will get early access to Nightwolf on August 13. For everyone else, he’ll be available on August 20 for US$6.