The song is sung by real-life K-pop artist, Myung Hyungseo, of the girl group Busters. 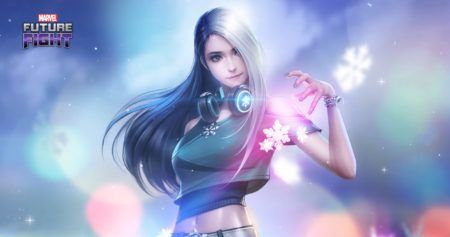 The one-shot story explores her double life as a K-pop singer by day and an ice-wielding superhero by night.

“Unlike the original song, the remix version of ‘Tonight’ has a very powerful beat and rap so I would be very thankful if you give a lot of love for us — for Busters and for Luna Snow! Thank you,” exclaimed Hyungseo in a video interview.

You can listen to the full song here:

The track was released by Marvel and Netmarble Games along with the announcement of new Marvel superhero group, Warriors of the Sky during the Thailand Game Show last week.

Warriors of the Sky are original Marvel characters created as a group for upcoming mobile title Marvel Future Fight, a role-playing game (RPG) available on Android and iOS devices.