Thrilling tournaments for every gaming fan! 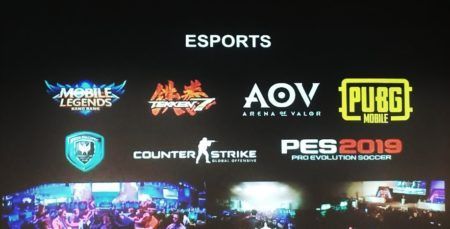 Fans of various esports leagues in Malaysia will need to block off November 9-10 on their calendars for LEVEL UP KL 2019 PLAY. The event, which will be held at the Kuala Lumpur Convention Centre, is packed with the grand final events for eight popular competitive video games.

The landmark gaming event will shine the spotlight on championship games for titles such as:

LEVEL UP KL 2019 PLAY will be open to the general public. It will provide attendees with opportunities to interact with players and other prominent personalities in the local and regional games industry. Meet-and-greet sessions with professional teams, as well as amateur competitions and exhibition matches are also on the cards.

The audience will also have plenty of chances to try out the demos of upcoming AAA, indie, and mobile games. They can also learn more about what Malaysia’s Ministry of Youth and Sports is doing to supercharge its efforts to become the regional powerhouse for competitive gaming.

Designated streaming zones will be marked throughout the venue, giving influencers adequate space to properly carry out live broadcasts as the events happen.

Ahead of the two-day public showcase, there is also a three-day conference dedicated to discussions on the game development side. LEVEL UP KL 2019 BIZ will take place on November 6-8.

As a whole, LEVEL UP KL 2019 BIZ and PLAY is a love letter to all Malaysian gamers. In addition to the games and exhibition events, it will also be a send-off for the esports teams that will represent Malaysia at the 2019 Southeast Asian Games, which will be held in Manila, Philippines.

Keep up with more updates about LEVEL UP KL 2019 BIZ and PLAY here and on LEVEL UP KL’s official Facebook page.