Could these weapons be too powerful for humanity? 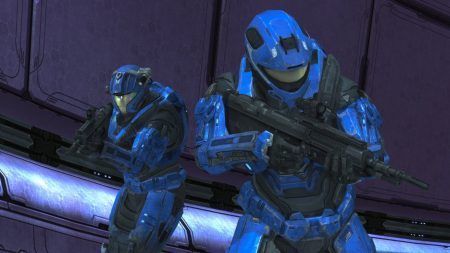 An officially-licensed range of Nerf guns inspired by popular science-fiction first-person shooter series, Halo, is on the way.

The game’s MA40 assault rifle has been transformed into a blaster with green and orange accents.

The gun has the United Nations Space Command’s marking on it and the Misriah Armory’s logo is printed near the grip of the gun. A fully loaded Halo MA40 Nerf gun will fire off 10 shots. It is to be noted that four C batteries are needed to make it work.

A gun based on the SPNKr a double-barrel rocket launcher will also be part of the range. The SPNKr has been shortened and painted red, but one shot fires two darts.

The Type-33 Guided Munitions Launcher or Needler, will also be available. It fires a single shot contrary to the game’s crystalline projectile version.

The Halo MA40 Nerf gun is available for US$50, while the Halo SPNKr and Halo Needler Nerf weapons have been priced at US$10.

The Hasbro Halo Nerf gun collection will drop on October 1 this year.