Halo Infinite will definitely have a ‘BR’, says developer

A hundred Spartans jumping out of a bus? Only in your dreams. 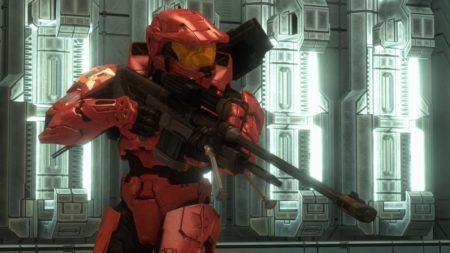 The Microsoft-exclusive sci-fi shooter series is going to have a BR — that is, a battle rifle.

While battle royale has become the new trend for shooter games, Halo Infinite’s developers are not buying into the fad.

This was in response to Microsoft Insider’s Brad Sam’s video which stated that a BR mode was already in the works for the upcoming game.

As HI is still in development, O’Connor highlighted that they will not show anything until they are ready. As for HI’s multiplayer capabilities, O’Connor believes that it won’t be set in stone until later development stages.

“The launch modes for MP are not 100% defined and are subject to change till quite late in the process–but [the] battle rifle will still be there, so you can have BR,” joked O’Connor.

Although this may rub Apex Legends and Fortnite fans in the wrong way, O’Connor is merely giving Halo the respect that it needs as a game franchise.

Halo usually packs plenty of different game modes, such as Capture The Flag and King of The Hill. There’s even something called Theater, where players can re-watch their gameplay in the campaign or multiplayer. Adding battle royale into the mix may take away the classic Halo experience that O’Connor is keen on preserving in the next installment.

Halo Infinite will be releasing on Xbox One and PC with no announced release date for now.