This trailer has it all, from time travel to euro-dance music and confused-looking dogs. 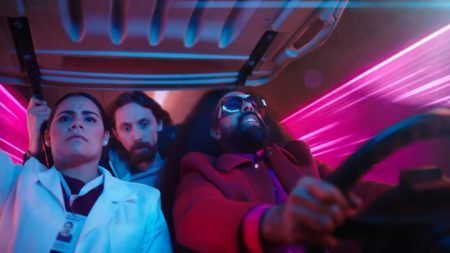 Google has launched a new trailer for its Stadia gaming service and let’s just say it’s a little different from the usual sleek adverts we see from Google.

The trailer begins by introducing Stadia as “the newest, most logic-defying, mind-bending, absurd gaming platform on Earth,” and then goes on to call it “electric air” and point out that Stadia has no smell.

Later, a scientist says that Stadia literally bends time and space, and Watts tells a potential Stadia customer that Stadia is like “gaming for free-range humans” whatever that means.

A confused-looking dog also shows up at one point.

You can watch the full trailer below: