The 14 lap race was incredibly entertaining from start to finish. 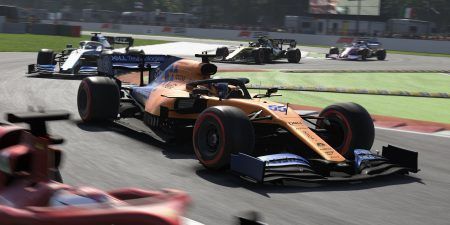 With multiple gaming companies and esports events being postponed due to the ongoing COVID-19 health crisis, Formula 1 has decided to do the opposite and turn its current 2020 season into a fun online tournament.

Formula 1 was supposed to start it’s 2020 season with the Australian Grand Prix last March 12, followed by the Bahrain Grand Prix last weekend. But due to the ongoing COVID-19 situation, both events have been canceled.

With the Formula 1 2020 season in jeopardy, the organization has decided to launch the Virtual Grand Prix series to replace all postponed Grand Prix races. The online event will also include a number of current F1 drivers alongside other popular personalities from different backgrounds.

The Virtual Grand Prix series will use the official Formula 1 2019 PC video game developed by Codemaster. To keep the races balanced and interesting, the organizers have decided to have reduced vehicle damage, optional anti-lock breaks, and traction control for those less familiar with the game to encourage competitive and entertaining races.

The race was won by Renault’s Chinese test driver, Guanyu Zhou, who beat out professional Formula 1 racers Lando Norris from McLaren, and Nicholas Latifi from Williams.

The race was highly entertaining and filled with notable names like former Formula 1 Stoffel Vandroone and Esteban Gutierrez who raced for Mercedes.

According to esports insider, Rod “Slasher” Breslau, the race peaked at over 350,000 viewers across multiple streaming platforms.

READ MORE: These are the games people are playing on Steam while under quarantine