Alienware’s newest project might be a future competitor to the Nintendo Switch. 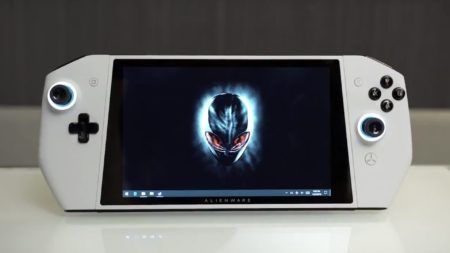 Computer-hardware manufacturer Dell pulled out a wildcard at the CES 2020 trade show in Las Vegas. Launched under its gaming brand Alienware, the company unveiled the Concept UFO, a handheld device that aims to give PC players a mobile alternative.

Labeled as a “gaming-first” device, the UFO’s unique selling point is that it’s a handheld gaming PC. Aside from the usual computer-based activities that you can do on Windows, you can also access game launchers like Steam in a portable setting. Although it may not have the franchise exclusives that the Nintendo Switch boasts, the UFO’s PC-friendly capabilities give it a familiar edge to seasoned players who are looking for a handheld alternative.

From the looks of it, the UFO can run games like Mortal Kombat 11 and World War Z with little to no lag or frame drop. However, what’s not revealed with the announcement is just how much battery life the hand-held gaming device will have. 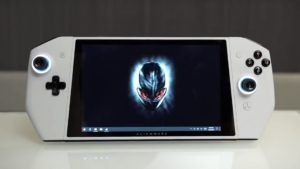 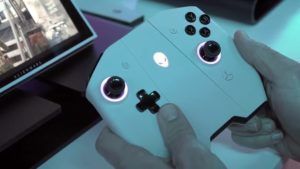 Like the Nintendo Switch, the Concept UFO features a dockable touchscreen and two detachable paddle controllers. As for its size, the UFO’s slightly larger compared to the original Switch, thanks to a bigger screen and higher resolution, but this may affect loading speeds. Considering that Nintendo has a smaller Switch Lite, it’s possible that Alienware may look towards a smaller, more ergonomic and compact UFO.

While Alienware has a fully functional device on display at CES 2020, the company has stated that the Concept UFO is still a work in progress. Seeing as how the specs were not disclosed, Alienware may look into more improvements on the tech side of things before putting it on the market.