Could we be seeing an Iron Man skin in-game? 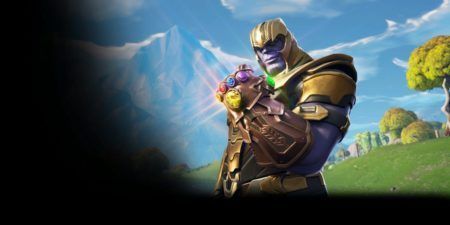 Fortnite creative director Donald Mustard is planning to snap us back into playing the quirky battle royale once more.

Although not much was said after the post, many die-hard fans of the Marvel Cinematic Universe (MCU) and Fortnite have pointed to a possible collaboration within the world of Fortnite.

It’s not the first time Fortnite has worked with Marvel to promote its movies. Last year, for Avengers: Infinity War, Thanos appeared in-game — characters could find the Infinity Gauntlet and turn into the mad titan and blast lasers at opponents.

With Avengers: Endgame releasing on April 24, the unending wrath of Thanos and his Infinity Gauntlet could possibly make a comeback soon in Fortnite, but this time, with another Marvel character involved.

Based on the tweet, Fornite could possibly introduce an “Iron Man” skin. It’s also possible that developers Epic is planning to have RDJ stream Fortnite on a platform like Twitch. Fortnite has previously worked with celebrities like musician Drake to play with known streamers like Richard “Ninja” Blevins. It could even involve a “celebrity squad” since the hashtag #teamdowney was used.