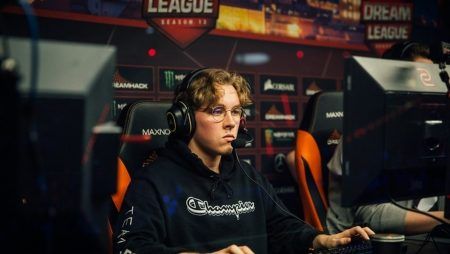 Team Secret has clinched a spot in the ESL One Los Angeles EU-CIS online regional league playoffs with an utterly dominating performance over Alliance in their group stage match.

Secret offlaner, Ludwig “zai” Wåhlberg, had a phenomenal performance on Void Spirit to help his team to a 25-minute victory in game one of the series.

Secret was aggressive from the get-go, winning all of their lanes and taking map control early while Alliance’s heroes were given little breathing room to get the farm they needed. Just 15 minutes into the game, Secret had already built up a gold advantage of over 10,000.

Alliance looked like they were finally going to win a fight in a clash just outside of their base at the 16-minute mark, but zai’s Void Spirit kept their heroes controlled while bobbing and weaving through their lineup on low health to ensure Secret didn’t relinquish any ground. To add insult to injury, zai expertly dodged stuns from both Nikobaby and s4 with his Dissimilate ability to retreat from that critical engagement.

With their lineup peaking in strength while Alliance’s had barely even gotten off the ground, Secret cruised to a 25-minute victory. Zai had a clean 8/0/11 KDA to lead his team’s dominant showing, while YapzOr and Matumbaman added a combined 15 kills of their own.

Alliance looked discombobulated from their humiliating loss in game one, as Secret demolished them again in a 21-minute game two to secure the series sweep.

With their win, Secret have lock up the top seed in Group A with a clean 6-0 record and clinch an Upper Bracket spot in the Playoffs. Meanwhile, Alliance drop to a 3-3 record and maintain a tenuous hold on the fourth seed in their group and a start in the Lower Bracket of the Playoffs.