Rising teams from Europe and the CIS will be given their chance to shine in a division of their own. 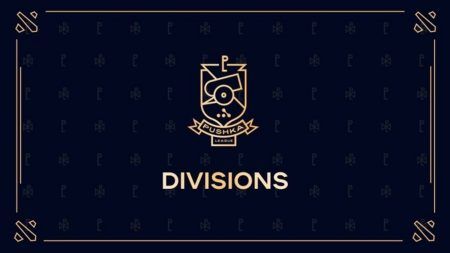 WePlay! has announced that it will be adding a secondary division to its online WePlay! Pushka League, which will feature eight up-and-coming teams and will be held from April 23 to May 11.

Much like the Pushka League’s main division, the eight teams participating in the secondary division will be evenly split between Europe and the CIS.

Three of the four participating teams from each region will be the second through fourth-placing teams in the regional closed qualifiers of the league’s main division, which will be held from April 20-22.

The fourth representative for each region will be the winner of the regional open qualifier for the league’s secondary division, which will be held from April 18-20.

The eight teams in the Pushka League’s secondary division will be competing for a cut of a US$5,000 prize pool as well as a direct seed to the main division of the league’s second season.

Here’s a breakdown of the prize pool:

The WePlay! Pushka League’s secondary division will have a group stage featuring two round-robin groups for each region with full best-of-three matches. The team with the best record from each group will be seeded directly to the semifinals of the Playoffs while the second and third-placed teams will advance to the quarterfinals. The team with the worst record in each group will be eliminated after the group stage, however.

The Playoffs will be a single elimination bracket with all matches, including the finals, being a best-of-three series. The bracket has been structured so that the finals will be between representatives of each region.

The main division of the WePlay! Pushka League will also run from April 23 to May 11, with fourteen teams from Europe and the CIS vying for the lion’s share of a US$250,000 prize pool.

The WePlay! Pushka League is the second major online league to be announced following the indefinite suspension of the Dota Pro Circuit by the COVID-19 pandemic in March with the cancellations of the ESL One Los Angeles Major, originally set to run from March 15-22, as well as the DOTA PIT Minor and EPICENTER Major, which were both scheduled for May.