Geek Fam emerged victorious in a series they were expected to lose, sealing the deal in a 62-minute thriller in game two. 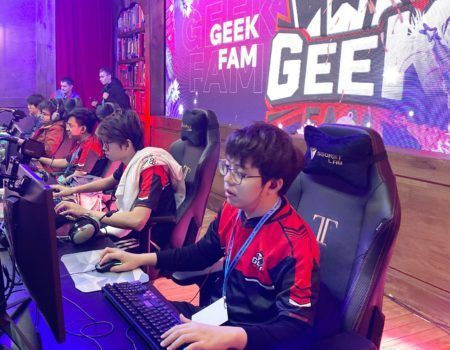 Southeast Asian squad Geek Fam opened the Main Event of the WePlay! Bukovel Minor with a commanding 2-0 sweep over CIS team Gambit Esports to advance to the Winner Bracket Finals. Here’s how the games played out.

Geek Fam opened the series with a strong ranged core duo headed by Drow Ranger for Marc Polo “Raven” Fausto and Razor for Karl “Karl” Jayme, with Carlo “Kuku” Palad on Omniknight as the frontliner. Meanwhile, Gambit ran with a teamfight-heavy tri-core lineup of a safelane Leshrac for Kiyalbek “dream`” Tayirov, Magnus for Danil “gpk” Skutin, and Brewmaster for Maxim “Shachlo” Abramovskikh.

Gambit came out of the laning phase with a slight lead off the back of a good start for gpk in the midlane, although Geek Fam was still poised to hit their power spike by the midgame.

While Gambit looked like they were in a good position early, Geek Fam seized control of the game by taking advantage of an ill-advised Rosh attempt by their opponents to bag three big kills.

Everything went downhill from there for the CIS squad, as their opponents’ unstoppable five-man deathball forced them to call GG after 27 minutes.

Gambit looked to bounce back with comfort picks in Slark for dream`and Templar Assassin for gpk, with Shachlo on Beastmaster to supplement that core duo. Geek Fam opted for a late game-oriented tri-core of Naga Siren for Raven, Ember Spirit for Karl, and Legion Commander for Kuku.

Gambit got off to a good start, as gpk utterly dominated Karl in the mid lane and even took Geek Fam’s tier 1 mid tower in just 6 minutes. However, Raven had an excellent start as well that allowed him to take over the early fights and buoy his struggling teammates.

Gambit struck back hard when once they were able to finally down Raven on the bottom lane, as the duo of dream` and gpk were starting to become too much to handle for the rest of the Geek Fam lineup.

However, over-extensions by dream` in consecutive crucial fights gave Geek Fam the opportunity to take full control of the game. While Gambit was able to able to hold off their opponents’ relentless assaults for some time, Raven could not be stopped as he led his team in securing the 2-0 sweep in just over an hour of game time.

With their win, Geek Fam secure a Top 3 finish at the Minor and guarantee themselves at least US$54,000 and 110 Dota Pro Circuit points. They will wait for the winner of the match between Royal Never Give Up (RNG) and Nigma Esports to see who they will face in the Upper Bracket Final.

Meanwhile, Gambit drop down to the Lower Bracket and will be fighting for their tournament lives against the loser of the RNG-Nigma matchup.