Nigma’s midlaner showed why he has been playing a lot of Outworld Devourer so far. 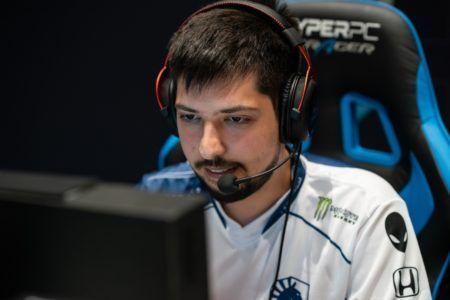 Fresh off a victory at the WePlay! Bukovel Minor, Nigma Esports’ Aliwi “w33” Omar showed his mastery of Outworld Devourer as he led his team in defeating TNC Predator, 2-1, in their Group A opening match of the DreamLeague Season 13: The Leipzig Major Group Stage.

After losing game one of the series to Kim “Gabbi” Villafuerte’s Faceless Void, Nigma drafted Outworld Devourer for their midlaner to win the next two games of the series in dominant fashion.

Keep an eye on w33 in the clips from game two of the series below to see why.

W33 made great use of Outworld Devourer’s Astral Imprisonment ability to either isolate enemy heroes or save his allies, all while dealing massive amounts of damage with Arcane Orb.

The Nigma mid laner has also been rushing Aghanim’s Scepter as his core item on the hero, which makes his Sanity’s Eclipse ultimate more potent and even able to annihilate enemy heroes from full HP.

W33 and Amer “Miracle-” Al-Barkawi on Slark finished with 11 kills apiece in Nigma’s game three win, which ended with a highly-lopsided 25-1 kill score.

With their win, Nigma are in a good position to start the main event of the Leipzig Major at the Upper Bracket and will be facing off against the winner of the match between Fnatic and Team Aster.

Meanwhile, TNC will be looking to bounce back and keep their hopes of an Upper Bracket alive when they go up against the loser of that Fnatic-Aster match.