Six other teams will also be competing for the US$150,000 prize pool. 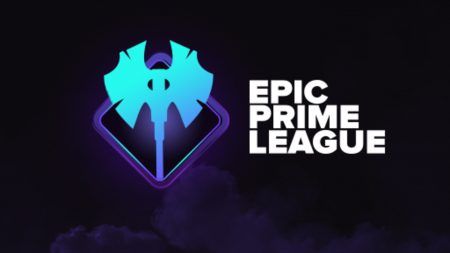 Virtus.pro (VP) and the organization’s secondary squad, VP.Prodigy, headline the list of eight teams competing in the inaugural season of the Epic Prime League, an online league exclusive to the CIS region hosted by the organizers of the now-canceled EPICENTER Major starting on April 15.

Joining the two VP squads are FlyToMoon, Winstrike Team, Team Spirit, Team Unique, B8, and Cyber Legacy. The eight participating teams will be competing for a cut of the US$150,000 prize pool and direct seeds to the league’s second season.

The Epic Prime League will begin with a round-robin group stage with full best-of-three matches. The four teams with the best record will proceed to the playoffs and are invited to the league’s second season.

The fifth and sixth place teams from the group stage will be sent to the league’s four-team relegation gauntlet, while the bottom two teams are relegated to the Epic Challenger League for its second season.

The Playoffs will be a Double-elimination bracket with all matches being a best-of-three except for the Grand Final, which will be a best-of-five series.

The prize pool for the league will be distributed as follows:

While the Epic Prime League was announced back in February, it is worth nothing that the entire competitive Dota scene has moved to online competition in response to the indefinite suspension of the Dota Pro Circuit (DPC). Ongoing and upcoming major online events include the ESL One Los Angeles regional online leagues, the BTS Pro Series, and the WePlay! Pushka League.

The DPC was ground to a halt by the coronavirus pandemic last month, with the cancelations of the ESL One Los Angeles Major, which was originally set to run from March 15-22, as well as the DOTA PIT Minor and EPICENTER Major, which were both scheduled for May.