OG’s epic comeback win over Team Secret headline our list of the best plays from the EU-CIS online league. 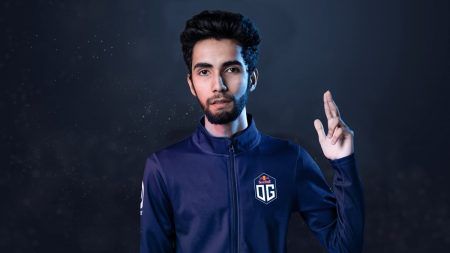 The EU-CIS regional league of the ESL One Los Angeles online tournament has concluded, with a resurgent Virtus.pro besting OG in a thrilling 3-2 Grand Final series.

Here are the best plays from the tournament:

Ninjas in Pyjamas (NiP) midlaner Jason “TANNER” Weedon on Templar Assassin and stand-in offlaner Evgeniy “Blizzy” Ree on Axe styled all over Alliance to lead their team to a dominant victory in game one of their group stage matchup.

First, Blizzy hit a two-man Berserker’s Call just outside of the Roshan pit while TANNER made excellent use of his Psi Blades passive to land long-range splash damage on the Alliance heroes while he was hitting Roshan from within the pit.

Later, Blizzy caught four Alliance heroes with a huge Berserker’s Call that allowed TANNER to just lay waste to them and set up a huge team fight win for NiP.

In game one of the group stage matchup between OG and B8, OG’s stand-in midlaner, Neta “33” Shapira, single-handedly won a teamfight for his team by perfectly comboing the abilities of his Dark Seer and a dominated Centaur Conqueror.

First, 33 pulled four B8 heroes together using Vacuum then stunned them all with a War Stomp from the Centaur Conqueror before dropping his Wall of Replica ultimate on them, which allowed the rest of OG to easily finish off their hapless opponents.

In game two of the series between NiP and Alliance, Simon “Handsken” Haag on Phoenix pulled off a clutch Supernova ultimate to win a crucial team fight for Alliance.

After being jumped by Nikita “Daxak” Kuzmin’s Ursa Warrior with Abyssal Blade and being silenced by the Phantom’s Embrace of Peter “ppd” Dager’s Grimstroke, it looked like Handsken was dead in the water and Alliance was sure to lose the clash.

However, Handsken was able to pop his Supernova to avoid what would have been the killing blow from Daxak and then survive through his barrage of attacks to complete his ultimate and start turning the fight around for Alliance.

Handsken would combine with his midlaner, Linus “Limmp” Blomdin for more highlight-worthy plays in game one of their group stage match against Chicken Fighters, where the former was on Earthshaker while the latter was on Queen of Pain.

After Chicken Fighters was able to secure the Aegis of the Immortal for Charlie “CharlieDota” Arat’s Naga Siren, Alliance caught them out position while they were retreating from the Roshan pit. Limmp caught Charlie’s Naga Siren and Jonáš “SabeRLight-” Volek’s Puck with his Sonic Wave ultimate while Handsken blinked in and used his Echo Slam immediately after to burst down SabeRLight and take down Charlie even through his Aegis.

A desperate Chicken Fighters lineup later invaded their opponents’ side of the map to try and catch out them out, but it was Handsken who caught them unawares with a huge Echo Slam — with Limmp following up with Sonic Wave — that set up a team wipe for Alliance that won them the game.

1. SumaiL survives on a sliver of health to spark OG’s epic comeback

The epic comeback was sparked by a signature OG team fight where they somehow team wiped Secret in a huge clash by their barracks at the bottom lane against all odds. That clash started with Secret getting the jump on OG and quickly taking out two of their heroes while putting SumaiL on the verge of death. However, Martin “Saksa” Sazdov’s support Pugna used his Life Drain ultimate just in time to save SumaiL from almost certain death and allow him to retreat back to their base.

Secret dove into OG’s base to try to finish off SumaiL and were on the verge of taking him down for the second time, but Sébastien “Ceb” Debs’ Sand King was able to stun Secret just before they could land the killing blow. That allowed SumaiL to use his Satanic at the last possible second to turn the fight around and notch a Triple Kill to team wipe Secret and protect their bottom barracks.

OG’s clutch plays in the defense of their bottom lane barracks allowed SumaiL to turn his Gyrocopter into an unstoppable force with three Divine Rapiers to go with Satanic, Black King Bar, Heart of Tarrasque, and Paladin Sword.

While Secret still held on to a gold lead of over 20,000 by that point, they could do little to stop SumaiL from mowing them down and destroying their Ancient to seal OG’s epic comeback win.