Seemingly in disarray, Liquid could do little against last year’s finalists. 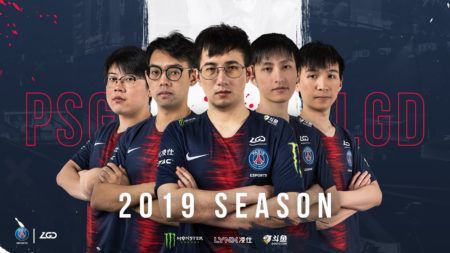 In one of the most hyped up matches of Day 2 of The International 2019 Group Stage, PSG.LGD resoundingly swept a Team Liquid that seems to be in freefall.

In game one, Liquid fielded a high-damage tri-core of Drow Ranger for Aliwi “w33” Omar, Ember Spirit for Amer “Miracle-” Al-Barkawi, and Nature’s Prophet for Ivan “MinD_ContRoL” Ivanov against Naga Siren for Ame and Gyrocopter for Somnus.

Much of the early-midgame full of skirmishes as both teams built up their cores, but Liquid started to pull ahead with some well-executed fights around the map while Ame’s Naga Siren was still vulnerable.

Ame decided to go for a Scythe of Vyse with his hard-earned farm, which ended up catching Liquid off-guard and giving PSG.LGD the advantage. Despite Liquid’s huge damage potential, Ame was able to outlast them in a pivotal clash around the Roshan pit that led to the eventual GG call from Liquid.

The second game saw Liquid pin all their hopes on Miracle’s Alchemist, while PSG.LGD countered with a strong midgame composition led by Ame on Lifestealer and Somnus on Kunkka.

While both teams were able to secure good farm for their respective cores, PSG.LGD took advantage of the fact that theirs come online much faster than Liquid’s Alchemist to win crucial teamfights.

With PSG.LGD taking control of the game Liquid were forced to look for opportunities to catch them off-guard, but the Chinese squad overpowered them almost every time. In the final, decisive clash, PSG.LGD was able to kill Alchemist twice and force Liquid to concede the series.

Liquid continue to fall with a 1-3 record for Day 2 and 3-7 overall. Meanwhile, PSG.LGD are in good position to lock down an Upper Bracket berth in the Main Event with 3-1 for the day and 7-2 overall.