LBZS came out of nowhere and dominated. 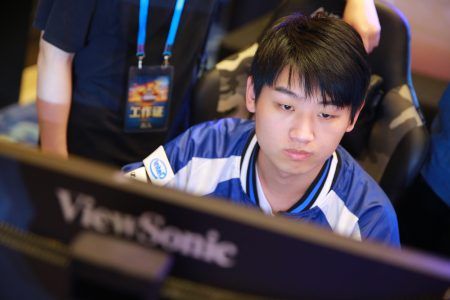 The China Dota 2 Pro Cup Season 1 has concluded its group stage, with Royal Never Give Up (RNG) and an unknown team called LBZS taking the top spots in the two groups.

LBZS dominated Group A with a clean 4-0 record, defeating top tier teams in PSG.LGD, Team Aster, Invictus Gaming (IG), and Sparking Arrow Gaming (SAG) to get directly seeded into round two of the Playoff Upper Bracket.

LBZS notably had to enter the tournament through the open qualifier, where they defeated the secondary squads of Aster, IG, and For the Dream to earn their spot.

The reformed PSG.LGD squad, now led by Wang “Ame” Chunyu, will join LBZS in the Upper Bracket as the second-placed team from Group A with 3-1 record. Meanwhile, Aster and IG only managed 2-2 and 1-3 records, respectively, and will have to duke it out in the Play-in Stage.

SAG has been eliminated from the tournament after going 0-4 in their group, only managing to win one map throughout their short run.

RNG, now led by former SAG rising star Zhong “God King” Liushuai, topped Group B with a 3-1 record to earn a direct seed to round two of the Upper Bracket.

Vici Gaming (VG), EHOME, and open qualifier team Phoenix Gaming (PG) all finished with a 2-2 match record. However, VG earned the Upper Bracket spot with a 6-4 to force the two other teams to the Play-ins.

Meanwhile, Team MagMa, who finished with a 1-3 record, has been eliminated from the tournament.

The third and fourth-placed team from each group will first have to face each other in the Play-in Stage, which will run from September 25-26, to determine which two teams will advance to the Playoffs, which will take place from September 27 to October 3.

The Play-in Stage will open with Aster taking on EHOME while IG squares off against PG. It will follow a double-elimination format, with the winning team of the Upper and Lower Bracket Finals advancing to the Playoffs.

The China Dota 2 Pro Cup Season 1 will be holding a live event for the final three days of the competition, which makes it the first major Dota 2 LAN event since the coronavirus pandemic and community quarantines started.

The tournament has also served as the debut for the new roster of many Chinese teams following the scene’s major roster shuffle earlier this month. Some of the organizations fielding their new rosters here include PSG.LGD, VG, RNG, EHOME, Aster, and SAG.