PSG.LGD have been knocked out of the Leipzig Major Open Qualifiers

The top Chinese team won’t be able to return to the DPC until February 2020. 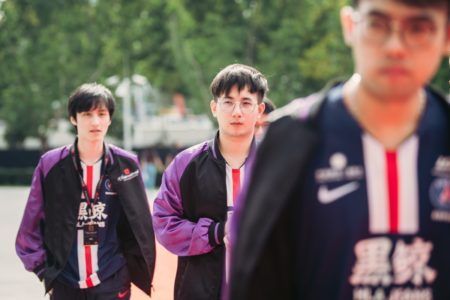 PSG.LGD’s DPC season is off to a very rough start.

The Chinese powerhouse will not be competing in either the WePlay! Bukovel Minor or in DreamLeague Season 13: The Leipzig Major after being eliminated in the second round of the Chinese Open Qualifiers.

Since PSG.LGD skipped the first Major cycle of the 2019-2020 Dota Pro Circuit (DPC) season and did not earn any DPC points, they were not directly invited to the Regional Qualifiers of the second one. To earn their spot there, they first had to go through the Open Qualifiers.

In the second round of the Chinese Open qualifier, which had best-of-one matches, PSG.LGD faced off against FTD.Apollo, one of the squads fielded by the For the Dream organization. PSG.LGD must not have adapted to the recently-introduced Outlanders Update just yet, as they fell victim to a Position 1 Doom — a hero that saw little to no competitive play before the massive patch — and were forced to call GG after 44 minutes.

FTD.Apollo would later get swept in the next round of the qualifier.

While trouble adapting to the sweeping changes of the new patch certainly played a hand in PSG.LGD’s surprising elimination from the Open Qualifiers, issues outside of the game may have also been affecting the team’s performance.

PSG.LGD actually had to skip the season’s first Major cycle since team captain and star support player Xu “fy” Linsen needed to take a three-month rest following eye surgery shortly after the conclusion of The International 2019 (TI9). They were also without the services of their longtime coach and drafter, Yao “357” Yi, who left the team following TI9.

While the season may have started very poorly for the Chinese powerhouse, it is certainly far from over. There are still three Major cycles left in the season, and a deep run in any Major is enough to put PSG.LGD back in the running for a direct invite to TI10. Their next chance for a return to the DPC will be in February next year for the ESL One Los Angeles Major — once more through the Open Qualifier.

You won’t have to wait that long to see PSG.LGD back in action against top teams, however, as they were among the 12 teams invited to the ONE Esports Dota 2 World Pro Invitational in Singapore this December.

READ MORE: All the hero buffs and nerfs from the Outlanders Update﻿